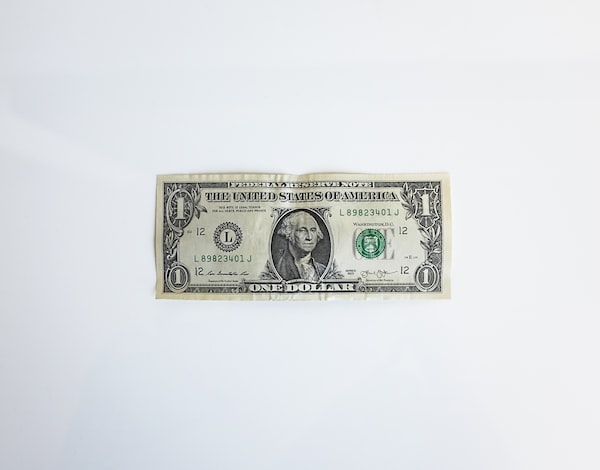 4 Simple ways to get rid of debt forever

A year ago I was buried in debt. How did I get to where I was I have no idea. The money that I was earning  was going into my credit cards to just bring down the amount so I wouldn't max it out again that month. I made a promise to my late father and myself to get rid of all of the debt that was haunting me.

It seems more often than anything that paying that debt is an impossible task, there are gurus who suggest you need to live like a hermit for a few years to get back on track. That works for some, not so much for others. I mean try living in Toronto, while being a student. The money won't matter if you sacrifice your physical and mental well being to attain it.

Learn to hold on to things that make you happy, and cut anything that brings you anything but joy. (Thanks Marie Kondo!) Check out this article If you need some ways to save more money.

"Smart people will never be in debt" that is something I have heard over and over again. Let me tell you one thing. Being in debt does not make you a lesser person. This concept reinforced me.

If you need some comedic relief watch some Brooklyn Nine-Nine and maybe you can laugh and relate with Jake Peralta's crippling debt. Something I love about that is the way they portray him, an excellent detective who pretty much has the respect of everyone that works with him. While his poor money handling skills is a quirk of his personality, it does not define him.

Build your confidence back up. Tell yourself everyday you can do it, if you slip up forgive yourself and move on. You can't teach anyone to walk if you kick them down each time they trip.

Here are a few things I used to get myself out of debt:

Get Your Ego In Order : Ego is a Catalyst to Debt.

Understand the difference between spending out of necessity and out of pure ego. I had a terrible habit of doing just that. We went to a pub, ordered some food and drinks, and I ended up doing the same without checking my accounts. (More on this later.) The meal with drinks could easily be around $30-$45 which was completely unnecessary and throws you deeper in debt.

Learn to enjoy similar things while cutting down on the things you absolutely don't need to do. If you are going out with your friends, have some snacks before you head out. You can quit drinking and order some water or a $2 dollar soda instead of a $12 dollar alcoholic beverage. Perhaps invest in a small flask if you absolutely need to drink.

The consumerist society preys on individuals like this to pit them against each other. Do you need the newest Acura ILX or is that because you think you friends will think lesser of you because you drive a Honda Accord. Don't ever purchase something that will put you deeper in debt for the sake of looking flashy.

I am not telling you to buy a Lego car. Do not let your purchases exceed your net worth. If its higher than your net worth, you are buying purely out of ego. Whether I drive a 2010 Honda Civic or a Porche 911, its still going to take 2 hours to commute from Hamilton to Toronto.

I had difficulty doing this. I felt like preserving my image of being the frivolous spender. Just remember this, looking rich while burying yourself in debt will do no good for anyone, except for the "pals" you just bought drinks for.

Its absolutely astounding how much effort I put into never checking my accounts. Take charge of your finances. It's only up to you,  Uncle Sam isn't going to help you when you spiral.

Come up with a payment plan to pay off your debt. Make it a unemotional part of your morning by checking it everyday before you head out for the day. Turning a blind eye to debt has never helped anyone and it is especially not going to help you become successful one day.

As a soon to be engineer, we are thought that decisions should be taken based on math and science. Emotions and feelings can be the reason to why you care about what you do but it should not determine the results. Look at your money the same way, let the way you feel be the catalyst to you doing something about your debt. But do not let the fear cloud you from what needs to be done.

When you sit in a plane and entrust yourself to the pilot, even through turbulence you hope they continue to actively monitor and fly the plane. Would you want your pilot to say "This is a lot of turbulence, I'm scared, hopefully the autopilot figures it out". The difference is your finances does not have an autopilot so stop neglecting your finances and sort it out.

Don't be Ashamed to Request Assistance

Similar to cleaning your room or brushing your teeth,  your finances should be a part of your daily life. Learning to tell people makes it a constant reminder and it also pushes people to organize events that require less money spent.

Stop Taking Risks When You Are Ahead

A major portion of my income comes from trading. I have taken risky trades outside of my set rules thinking its a sure fire way. It works the first time, and then I do it again and my good habits come to an end. I end up just harming myself by breaking the rules I set for myself over and over again until it blows up my whole account.

Imagine a hill, you roll a ball up half way and then you let it go in attempt to punt it, sure there is a chance you will kick it and it will end up at the top. More often than not, it either rolls back down or you kick it and it goes straight up and falls backwards.

Don't gamble when you are in debt, don't take risky investments or trades thinking you will hit it big and will be able to pay off the whole debt. It doesn't work and you are risking all of your hard work you put in up to that point.

Think of your debt as a ladder, take small calculated steps. Don't leap, no matter how easy it looks, it's not worth the risk. It's better to pay off your debts $5 dollars a day ($150 dollars a month) rather than risking $50 dollars to make a $100 dollar payment once a month.

Debt is a difficult conversation to have. It seems like an embarrassing and private thing everyone tries to hide from each other though everyone is suffering the same. Like mentioned earlier, it is okay to make mistakes and slip up here and there.

What matters is that you continue to work towards a future you desire, no matter how large the debt. Some of the points listed above may help get your mindset in order. Make it an habit to face your fears. The only way to solve a difficult problem is to face it over and over again. Soon your debt will feel like a distant past that you can solve with ease. Perhaps you can then lend a helping hand to someone else in need.

Cheers and good luck on your journey to be debt free!

Join a growing community of more than 1,343 friendly readers. Every Sunday I share actionable productivity tips, practical life advice, and high-quality insights from across the web, directly to your inbox.